Marilyn Monroe was a master of dressing for her body, doing her hair and—her greatest area of expertise—her makeup. By all accounts, Marilyn’s own makeup skills were nothing short of a professional level. For most movie shoots, photo sessions or important appearances, though, she had a helping hand—and that person would not only serve as makeup artist, but as friend and confidant too.

When 20-year-old Marilyn Monroe stepped in front of the camera for her first screen test, one of Twentieth Century-Fox’s best makeup artists was assigned to prepare her face. Allan “Whitey” Snyder was no stranger to beautiful starlets. He had been entrusted by Fox to supervise the cosmetics of such stars as Betty Grable, Linda Darnell and Alice Faye, among others.

The initial collaboration between the young starlet and experienced makeup artist did not go well.

Marilyn, a former model, insisted that the veteran cosmetologist apply thick pancake makeup to her face. Unfortunately, what works for modeling doesn’t always work for film and the results were less than flattering. According to Donald Spoto’s biography, “Marilyn Monroe,” Academy Award winning cinematographer Leon Shamroy shouted, “Whitey, what the hell have you got on that face? We can’t photograph her that way! Take this girl downstairs, wash the damn stuff off, do her face the way you know it ought to be and bring her back up!”

The error was Marilyn’s; she knew it and she was mortified. Consequently, she began perspiring and breaking out in blotches—a response to anxious situations that would plague her throughout movie career. Fortunately, all was not lost. Shamroy was right—Whitey Snyder did indeed know what to do and how to fix the situation.

“She’d done some modeling, and so she came to us knowing everything about everything, or so she thought,” Whitey remembered later. “I remember thinking that here was a very determined and ambitious girl, despite her obvious nervousness.”

Marilyn must have been impressed with the results of Whitey’s handiwork. Marilyn showed the same determination in learning the ins and outs of makeup application as she did with her acting lessons, dancing and singing. She relied on Whitey, who turned out to be a patient mentor to the ambitious starlet. Thanks to him, she learned the varying techniques for different makeup needs, such as black-and-white photos versus color.

As her career blossomed, Marilyn continued to request Whitey to work on her films. Between the two of them, they carefully crafted the “Marilyn Monroe look.” Whitey’s services weren’t just limited to the Fox soundstages. He also traveled with Marilyn to various locations during her filming, including Canada, England, New York, Reno, San Diego and Phoenix.

As a result of their extensive working relationship, Marilyn’s trust in Whitey was unparalleled. The first time they worked together for Marilyn’s screen test, Marilyn had shown signs of severe anxiety. Success in movies did little to alleviate her pain. Working up the courage to step onto the set sometimes took hours, and Whitey, who spent countless hours with Marilyn sitting in his makeup chair, quietly witnessed her agony.

Because she had difficulty leaving her dressing room prior to shooting a scene, Whitey was one of the few who saw firsthand that Marilyn was privately struggling with anxiety. In addition to serving as her makeup man and cosmetics mentor, Whitey became a calm, steadying presence for Marilyn on the set during her times stress and anxiety. He noted that when she was feeling insecure, she would look for excuses to re-do her makeup—which was the result of both her perfectionism and her desire to avoid the set.

Still, when Marilyn did finally step onto the set to begin working, the results of Whitey’s talents were clear. No one was more ravishing than Marilyn Monroe.

Marilyn used to joke with Whitey that if something happened to her and she was to die first, he was to prepare her makeup for her funeral. She even gave him a money clip, which bore the engraving, “Whitey, dear…while I’m still warm—Marilyn”.

It’s tough to say what Whitey thought of Marilyn’s lighthearted gift when she gave it to him, but there was little doubt about the result she wanted. After Marilyn’s death, Joe DiMaggio took control of arranging her memorial service and during the preparations, the Yankee Clipper himself placed a call to Whitey Snyder. “Whitey, you promised—will you do it, please—for her?”

“I’ll be there, Joe,” Whitey told him. And like he had done so many times, Whitey gathered his tools and cosmetics and drove to the mortuary in Westwood. With the help of a bottle of gin, Allan “Whitey” Snyder prepared Marilyn Monroe’s makeup for the last time.

Whitey’s career continued to flourish after Marilyn was laid to rest. His talents meant that he remained in demand and, in fact, in the 1970s found himself working on a very successful television show—Little House on the Prairie. On the Little House set, he was joined by one of Marilyn’s former hairdressers, Gladys.

Alison Arngrim, who played the mean Nellie Oleson on Little House on the Prairie, wrote of the two Hollywood veterans in her book, “Confessions of a Prairie Bitch.” Gladys had told the then-little girl about the money clip that Whitey carried with him and encouraged Alison to ask him to see it.

Whitey obliged, but didn’t talk about the story behind it. Before Alison could ask, Gladys shot her a “don’t ask” look. After Whitey left the room, Gladys filled her in. The whole thing had been “traumatic” for Whitey, Gladys told Alison.

“She [Gladys] said he never fully recovered emotionally and told me that I should always be careful when discussing Marilyn in his presence and, if I had any sense, to never say anything else about the money clip again. I heard and obeyed,” Alison wrote.

Gladys was also careful to point out how much they enjoyed working with Marilyn. “One day when Gladys was telling me about how fabulous Marilyn had been to work with and how much they all loved her (this really kind of blew the lid off the whole ‘diva’ mythology—those who worked with her described her as a sweet, vulnerable, almost delicate creature), she showed me the gold pendant necklace Marilyn gave her,” Alison wrote.

The people who worked with Marilyn closely, like Whitey and Gladys, knew the person behind the image. It was an image they helped create, but it was a creation nonetheless. Those who knew her best spoke of her with love, and Whitey Snyder was no exception. He started out a makeup man and became one of Marilyn Monroe’s closest, longest lasting friends. 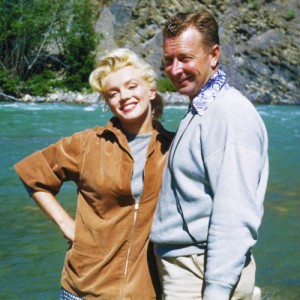 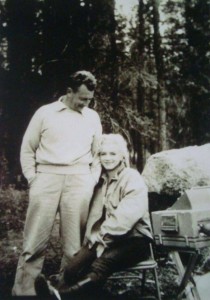 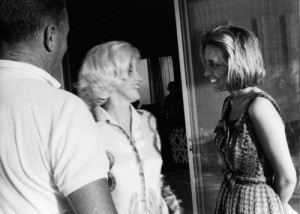 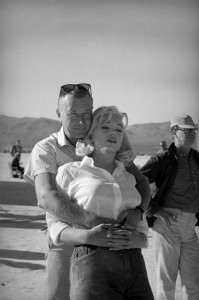