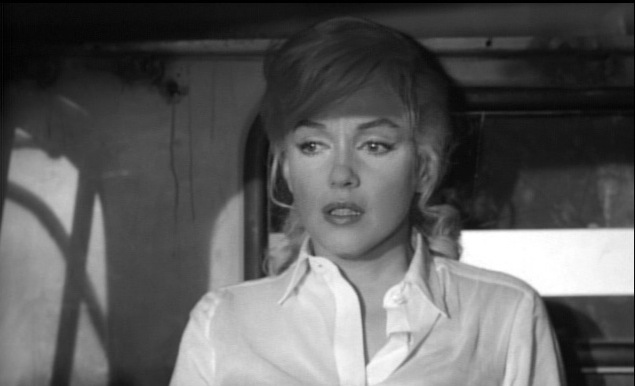 We have done a disservice to the memory of Marilyn Monroe, and by that disservice, to all of those who followed her.

This statement is true of many things in her life, from her career to her private life, but it is never truer than when it comes to the subject of her death.

It has taken me a long time to say those words and accept their truth.  They were never easy to accept, even when they were first published in the very first news reports of her death.  Because they were so hard to accept, it was so much easier to believe the conspiracy theories when they surfaced.  So much easier to look for another explanation and try very hard to find evidence that would back it up.

Let me be clear – that evidence does not exist.

Marilyn Monroe died by her own hand.

It’s a fact.  A cold, hard fact that is 100% backed by all of the scientific evidence and verifiable facts regarding what happened in her final hours.  For many years I didn’t want to believe it, but the more time I spent studying it, researching it, and putting aside the rumours and lies, the clearer it became.  And as I finally accepted that she did, in fact, purposefully swallow those pills, the clearer it also became that we have done her a terrible disservice by our search for an alternate truth to her death.

And we have done a disservice to those who followed her, most recent in the litany of names being Kate Spade and Anthony Bourdain.  And to those whose names we do not know, because they did not live and die on a public stage.

Because we could not let it be true that Marilyn Monroe suffered from mental illness that resulted in the ending of her own life in 1962, we buried her truth and denied the lesson of her life and death.

Because we could not believe that someone so beautiful, so famous, so loved could feel so lost and hopeless as to take her own life, we forced many after her to continue to smile over their pain.

Because we could not acknowledge that she was, in fact, seriously mentally ill, and that it was an illness that should be treated like any other, we left the stigma intact.  And that stigma continued to affect all who followed her.

Because we refused to acknowledge that a smiling face and apparent hope for the future can hide a life and death struggle, we were not able to see that struggle in others.  And they fell to that struggle.  And still we wondered, why?

Because we didn’t see that there isn’t always an obvious, predictable path to that moment of ending your own life, we looked instead for all of the other possibilities, and we denied Marilyn the real impact her death could have had.

And it could have had a different impact.  It’s possible that the deaths of people like Robin Williams, Kate Spade, and Anthony Bourdain – among so many others – may eventually have that impact.  Slowly, piece by piece, these deaths will deal the blows that chip away at the misconceptions surrounding mental illness and suicide.

Marilyn’s death could have – should have – been one of the biggest blows to that stigma.  But instead, by choosing to look for conspiracies and murder, we took away her impact.  An impact that may have helped the people named above and so, so many others, had we let the blow fall.  Who were we protecting?  Not Marilyn. She is already beyond protection.

We have done her a terrible disservice, and all who followed her.  But we can turn it around.  Let her death be a part of the lesson we all must learn about the people around us struggling in hidden pain.

Marilyn Monroe died because she succumbed to mental illness.

If that sentence was “Marilyn Monroe died because she succumbed to cancer.”, we would not hesitate to say it.  There should be absolutely no difference between those two sentences, but there is.  And we are all to blame.

Marilyn Monroe took her own life.  She died because she succumbed to mental illness.

Say it, and say it without shame.  Because there is no shame for Marilyn and there never was, there is only shame on all of us who continue to think that it’s better to find an imagined murder conspiracy than to let the truth of her death help others.