Hey there Marilyn fans!  Another week gone by and as usual, our girl is in the news!  Here’s a roundup of what went down in Marilyn-dom this past week! 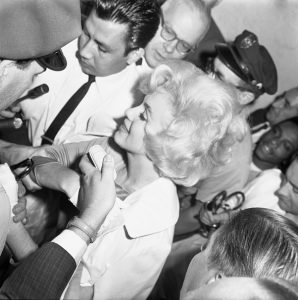 Dr. Ramon Pastor at Marilyn’s side as she leaves Polyclinic Hospital after gallbladder surgery.

Reports of the death of surgeon Dr. Ramon Acosta Pastor surfaced early this week, after the doctor passed away a few weeks ago on October 5th.  Dr. Pastor performed Marilyn’s 1961 gallbladder removal surgery at Polyclinic Hospital in New York.  Pastor can be seen at Marilyn’s side as the press accosted her on her way out of the hospital.

Just in time for Halloween, Cut.com, the website responsible for the popular 100 Years of Beauty videos, has launched a series of How-To videos.  According to People, one of the videos includes a tutorial on how to get Marilyn’s makeup look down pat.  You’ve got a few days to practice the look before trick-or-treating time!

Scott Fortner announced his forthcoming interview with Anna Strasberg, to be published on his site, The Marilyn Monroe Collection on November 1st.  Strasberg, who inherited Marilyn’s estate from husband Lee Strasberg as his second wife, has been a person of much controversy in the Marilyn community over the years.  Should be interesting to see what she has to say!

And in the biggest news of the week, the Happy Birthday Mr. President dress has landed in Ireland, where it will be on display.  The exhibit runs from Oct. 29 through Nov. 6 at the Museum of Style Icons in Newbridge.  After this exhibit it returns stateside, where it will be auctioned off by Julien’s.  Online bidding has already hit the million dollar mark and it’s sure to go much higher.  IM’s Jackie Cooney got an exclusive pre-exhibit look at the dress up close and personal, and while we’re all jealous, we’re also thankful to her for these fantastic photos! 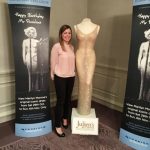 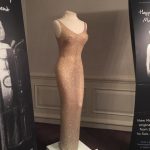 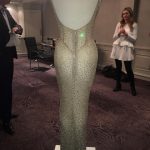 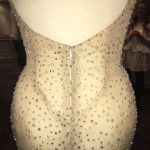 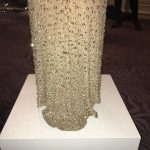 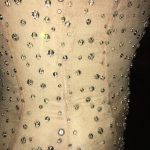