Another week come and gone, and a busy one at that! 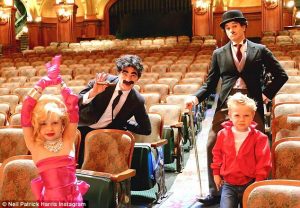 This week we had a blast celebrating Halloween on IM’s Facebook page with lots of Marilyn dress-up fun!  IMer’s weren’t the only ones paying homage to our favourite blonde.  This year’s celeb Marilyn tributes for Halloween included Martha Stewart (in one of TWO costumes, overachieving as usual) and Sharon Osbourne!  Cutest Marilyn award this year, though, goes to Neil Patrick Harris’ adorable daughter, whose twin brother rocked the James Dean look.

Halloween also brought out the Marilyn makeup tips from the pros.  This year it was Kim Kardashian’s makeup artist, Mario Dedidanovic, who offered advice on the technique of “baking”, which involves a lot less cooking than it sounds like.

In less happy news, the death of William Morris agent Norman Brokaw was announced this week.  Brokaw was the nephew of Marilyn’s benefactor, Johnny Hyde, who got him his start at William Morris in the mailroom.  He eventually rose to be a major power player in the industry, eventually becoming President of the company.  He passed away in Beverly Hills at the age of 89. 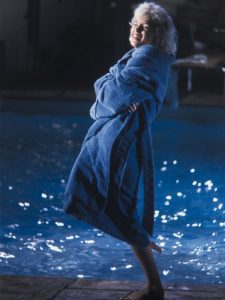 A group of high quality Lawrence Schiller prints showing Marilyn on the set of Something’s Got to Give will be auctioned off in Palm Desert on November 9th to support FIND Food Bank.  The photos are on display at the Heather James Fine Art Gallery before the auction.

Another Marilyn imitation showed up on TV recently.  An episode of the CW’s Crazy Ex-Girlfriend featured a take on Marilyn’s Diamonds Are a Girl’s Best Friend number in the show’s usual style of semi-parody musical comedy.  Even if you don’t watch the show you can catch a glimpse of the number, which turns the pink dress blue, online here.

Scott Fortner’s rare interview with Anna Strasberg appeared in two parts on his website this week.  Scott’s interview comes ahead of the Julien’s auction later this month that will see the last of the Lee Strasberg collection of Marilyn’s estate hit the block.

That’s it for this week!  See you next Friday, Marilyn fans!