After a week off for the Thanksgiving holiday last week, we’re back to recap the latest Marilyn news! 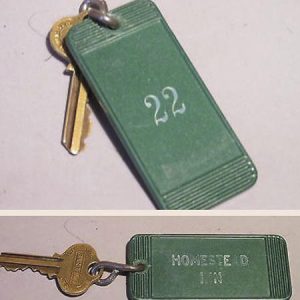 Of course, last week’s big news was the Julien’s auction in Los Angeles.  As of our last news roundup, only Thursdays’s big round had been completed, including the sale of the iconic “Happy Birthday” dress.  The remaining days proved interesting as well, with many of the smaller ticket items landing in fan hands, including several of our own IM members.  Congrats to all the winners, we hope to put together a list soon!

A less notable sale was reported last weekend.  An antique dealer sold off some old keys to a hotel called the Homestead Inn, located in New Milford, Connecticut.  One of those keys was to room 22, the room where Marilyn is said to have frequently stayed.  The key sold for $131.  Not quite Julien’s prices, and a great deal for whichever collector had enough cash left after the big auction to nab it! 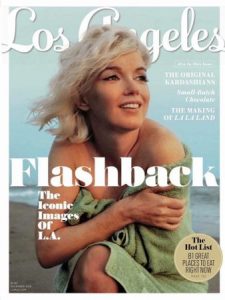 Marilyn graced the cover of Los Angeles magazine as part of a story about the iconic images that define the city.  The cover was a George Barris photo and the mag featured a tribute to the late photographer.  The magazine is on newsstands in Los Angeles, so if you want a copy you may have to lean on an LA pal to grab one – or if you know of another way to grab a copy, do let us all know!

That’s the news for this week – see you next Friday!