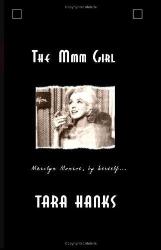 For Christmas, a friend bought me a copy of Barbara Leaming’s biography of Marilyn. I am sure many of you will have been in that situation where someone buys you a gift, you already have it but you say you haven’t because you want them to think they’ve chosen well and you want them to know how appreciated anything they’ve bought for you is. At the end of the day it’s the thought that counts. When it comes to Marilyn, can we ever have enough?

Well, I can’t. Even if it is a repeat of something I have already… and this was slightly different as it was a paperback version, in contrast to the hardback so for me it was a little something extra for my collection. As my books are all packed up I thought I’d read it. My cousin had borrowed it from the library last year and had really enjoyed it so I had wanted to give it another go… so this turned out to be a ‘wished for gift’ even though I had it among my collection – somewhere.I really liked it, more than I can remember from when it was newly published. It made me think about all the biographies that have been written over the years… how they all offer something different and how varied they can be from the various writers, how they write and their vision of the subject. Marilyn, it seems, can bring out the best and worst in writers. But one thing’s for sure: she always makes an interesting read.

So when I received Tara Hanks’ new novel, The Mmm Girl , I had (a version of) Marilyn’s life story fresh in my head and thought, yes, I will see how this compares…The first thing I noticed was that, you actually feel it’s Marilyn’s thoughts and words you are reading. You can almost hear her voice in your head… the same feeling you get when you are reading My Story, only this seems much deeper, intimate. Tara writes with great feeling and a knowledge for her subject that you can tell she is in tune with Marilyn’s mind, feelings, you’d be forgiven for thinking that Tara was able to communicate with Marilyn’s spirit. You really feel it’s a personal insight into Marilyn’s world and the people she knew, from her own perspective.She has been careful not to stray too far from the truth and this really gives the book it’s edge and a great authenticity which makes it less like a novel and more like an autobiography, had Marilyn written one. She doesn’t over dramatize the truth or make things too sensational as has been done in the past, when some authors have made up events to add that extra bit spice and excitement. She doesn’t have to, it’s all here as it happened. She writes with a great deal of sensitivity giving Marilyn’s “words” dignity and her story the respect it deserves. For instance, when she writes about visiting Yves Montand’s room in the middle of the night when both their spouse’s are out of town, you feel you want to cover your eyes because it seems too intimate, and yet Tara writes in such a tender, tasteful way you imagine Marilyn herself would have written with the same beautiful sublime style… we know it happened but instead of being too explicit or provocotive it’s just right, very sensual but sensitive to the reader’s taste at the same time.

How do you think Tara has ended the book? How can you end a book like this? You’ll need to find out foryourself… for Marilyn I hope she found great peace. It is her story & how she may have told it.This book is well worth seeking out and deserves a place among any of the biographies that have beenwritten over the years. It’s not really fair to call it a novel, for one thing it has probably got a lot more of the”real” Marilyn between it’s pages than 99% of the factual accounts… In my view it’s a million times morelikeable book than ‘Blonde’ by Joyce Carol Oates, which was more fantasy than fact… I would say it’s amarvelous tribute to a great lady.Bravo, Tara!For a great read and a truly wonderful book!