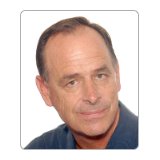 Los Angeles native Don O’Melveny has spent quite a bit of time researching and writing about another native Angeleno—Marilyn Monroe. Starting in the early 1980s, O’Melveny began researching Marilyn, her mysterious death and the relationships in her life in 1962. The results of his labor have resulted in the novels No City for Dreaming and The Last Year in the Life of Marilyn Monroe, Volumes One and Two. O’Melveny’s take on Marilyn will soon be turned into a movie. Immortal Marilyn recently spoke with Don O’Melveny. Here’s what he had to say.

Tell me a little bit about your background as a writer.

I have a screenwriting background and I went to the USC School of Film and Cinema. I did two films that have been produced. I’ve had some options and things like that. In the late ’70s, early ’80s I began reading some material about Marilyn and wandered into the area of her mysterious death. There were some conflicting details and I became aware of that part of Marilyn’s story. I started researching it. The more I learned, the more I felt it was a great premise to tell a story. Not just about Marilyn, but about that period of time and some of the intersecting characters who moved through Marilyn’s life—President Kennedy, Bobby Kennedy, Peter Lawford, etc. That was sort of the starting point of my book on Marilyn, which actually was first written in about 1982. I had a version of the book that was close to being published. We had an offer for it but for different circumstances we didn’t take the offer. Then in the mid-80s more and more material starting coming out and I revamped the book and turned it into a screenplay as well. The project for me has really been about an almost 30-year project, from inception to the point where I am now.

When did your book actually come out then?

It has come out in 2012. It’s an Amazon.com. There was a version we did about 10 years ago that came out on a small press. There’s a few new things that I’ve added to this version on Amazon Kindle. But it’s essentially the same story.

When you started this book, did you have goals or intentions that you wanted to get across?

Number 1 I wanted to tell a great story. I didn’t come into this project because I’m a Marilyn fanatic. One of my loves is the stories that tell the behind-the-scenes aspects of Hollywood, of movie making. I like to peak behind the curtain at the underbelly at the thing we call “Hollywood.” Sometimes I think it’s the behind-the-scenes stories of Hollywood that are actually more interesting.

I wasn’t really out to promote one thing or the other; I basically wanted to show that because of the circumstances that Marilyn was involved in, the fact that she had relationships with a lot of colorful men who were in very powerful positions, that she placed herself in huge jeopardy, given the stakes that were on the table, that some of these men that she was involved with were fighting for. I wanted to present a backdrop of this historical context that Marilyn had sort of inadvertently placed herself in.

My Marilyn story doesn’t end with Marilyn’s death. The full narrative of this keeps going historically and there will be a follow up to “No City for Dreaming.” The second will concern itself with the Cuban missile crisis, which happened about two months after Marilyn’s death in October of 1962. Then the final installment will be in Dallas at President Kennedy’s assassination. I see Marilyn’s story as part of a larger, sweeping American story that began with Marilyn’s death and ended in Dallas with JFK’s death.

What type of research went into the writing the book?

I sit in the library. That’s where I am 90 percent of the time. I think I’ve read, or exposed myself to, most, if not all, of the Marilyn books. But peripherally there is a huge amount to read on the peripheral characters that comprise and compose my story.

How long did it take you to write the book initially?

There’s a saying that writers have and the saying is that writing is really re-writing. The initial book back in the early ’ 80s probably took me a year to write. As the decades have rolled through, more material has surfaced. Prime people like Sam Giancana, aspects of the story have surfaced. The story has evolved. In the early ’90s, it was not overhauled, but certainly rewritten to some extent. It had new layers regarding the conspiracy about it.

What surprised you the most about the whole process?

Many little things surprised me but one of the things that surprised me—I think what could be true and I really hope that it is true and I’ll just put it out there—Marilyn and Joe DiMaggio were to be married on the Wednesday following the weekend when she died. She had even gone to her couture designer, Jean-Louis, and she had been fitted for a dress. He did the dress when she sang “Happy Birthday.” She had been making plans for her and Joe and, of course, it wasn’t meant to be. That hasn’t appeared in too many places and the source that I got it from it pretty tight. That was a real eye-opener to me.

Can you name the source?

Yeah, it was a biography of Joe DiMaggio. I don’t remember the name, but I think the writer’s name is Joe Khan. It’s one of the best biographies of Joe DiMaggio that I’ve read. Very factual and it was one of the things that he uncovered.

What was the most difficult thing you encountered?

Nothing really pops to mind—I’ll say this. This was a difficult aspect of this project and that was in the early ’80s when the project was first born, and my agent was taking the project to literary houses in New York and it was turned down quite a bit and I think the reason it got turned down was that there was this sort of Kennedy protection, this sort of tacit thing about not wanting the Kennedy’s to look bad or be viewed in a bad light. My story doesn’t pin the death of Marilyn on the Kennedy’s. Certainly, it puts the Kennedy’s, both Jack and Bobby in affairs with Marilyn, and in that light and then possibly because there are people that are thinking that they were involved and it’s a cover up, Marilyn was going to hold some kind of a press conference and get some kind of retribution after the way they dumped her—I don’t think any of that is true but I think people felt my book put that out there somewhat. In the ’80s there was a “don’t touch any project that had the Kennedy’s looking too incriminating.” The book was turned down because of that factor.

What would like Marilyn fans to take away from your book?

I would like Marilyn fans to take away from the book that Marilyn in my estimation was on a real upswing in her life and career. She was not on the downward spiral, OD’ing her last days away. She and Joe had planned to marry, she had fired her housekeeper, she had fired her psychiatrist, Ralph Greenson, she had sort of “cleaned her house” of the individuals who she didn’t feel were in her best interest and the life she wanted to lead going forward. She was not the blitzed out, drunken, pill popping washed up actress that some people think of her as. I think she had really turned a corner in her life. And she finally had a hard-earned lesson that she had learned and was really pointing forward in her life with Joe. That’s what I would for them to understand about Marilyn.

As we are celebrating—or acknowledging—the 50th anniversary [of Marilyn’s passing], we should understand that Marilyn still matters. She is a symbol for what one individual can accomplish in their lives, coming from such humble beginnings and then becoming the most famous movie star in the world. Becoming what Marilyn became is so difficult and it’s really hard for most people to ever achieve. But what is life without dreaming? We all need hope, we all to dream of something. That’s what makes life bearable. Yet look at what happens to someone like Marilyn who achieved her dream. She was a tough cookie and it was so sad that it ended the way it did but her enduring legacy is: Dream your dreams and make them come true.