Natural or Not? The Facts About Marilyn Monroe And Those Plastic Surgery Rumors 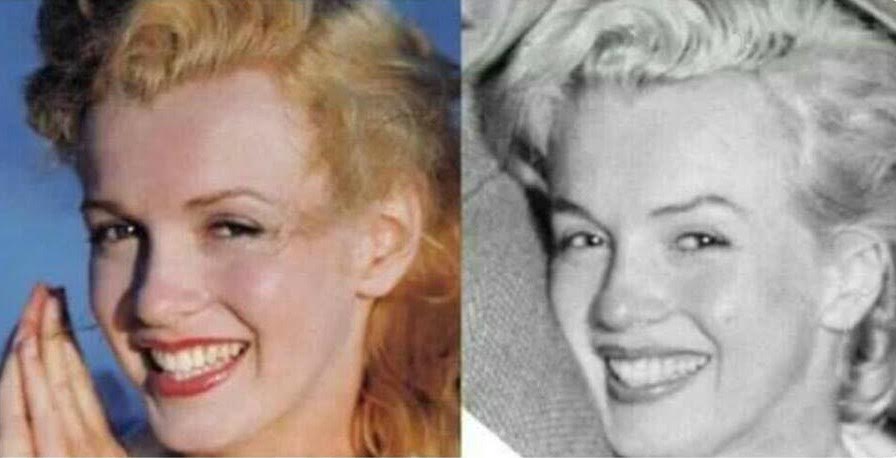 When a woman is so timelessly and stunningly beautiful as Marilyn Monroe, people are curious as to whether it’s all natural born beauty or if she’s had nips, tucks, lifts, and enhancements. Rumors circulate all the time about whether or not Marilyn Monroe had plastic surgery and to what extent, and lengthy debates never seem to come to a conclusion. So what are the facts about Marilyn’s alleged plastic surgery?

An x-ray of Marilyn’s nose. 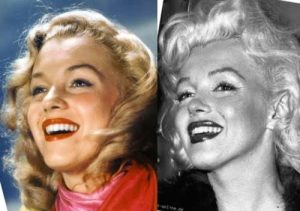 Some authors have claimed that Marilyn had minor rhinoplasty, i.e., a nose job, although they do not allege that she had her entire nose reshaped but simply had the tip of it trimmed to appear less bulbous. Comparison photos do not show much difference in her nose, and any minor changes could also be attributed to greater makeup skill and lighting techniques. The source of the nose job claim is unknown, as it does not appear anywhere in her known medical records. Her medical records do indicate that she was seen for a possible nasal fracture on June 7, 1962, but there is no mention of previous surgery.  The nurse who worked for Marilyn’s surgeon, Dr. Gurdin, was Dorothy Henderson. Henderson stated that while she did assist  with Marilyn’s medical treatments, she had no recollection of anything being done to her nose.  Until solid evidence is forthcoming, this claim is dubious. 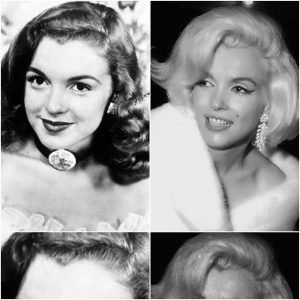 A comparison of Marilyn’s hairline across many years.

Some books have alleged that Marilyn underwent hairline electrolysis, a method that in her era utilized a thin metal probe to reach into the hair follicle to permanently remove hair. Some sources claim she did it to minimize her widow’s peak while others state contrarily that she did it to emphasize it. In the 1940s and 50s, electrolysis was a painful and lengthy process, it would have caused redness and irritation along her hairline and could take up to a year of treatments before being considered complete. Marilyn was modeling nearly nonstop during this time and there are certainly no photos of her with a reddened and inflamed forehead. Also, comparison photos show that her widow’s peak remains practically the same over the entire course of her career. This claim appears to be a myth. 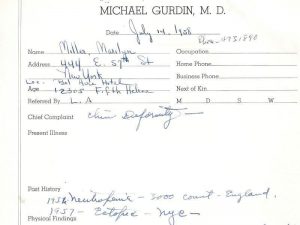 In 2013, the rumors of Marilyn having had chin augmentation were finally put to rest when the medical records of Dr. Michael Gurdin came up for auction. Dr. Gurdin’s notes from July 14, 1958 state that Marilyn had come to see him about a ‘chin deformity’ and that she’d had a  small cartilage implant in 1950. His notes further state that the implant had become reabsorbed over time, there was ‘mild flatness’ of the chin, and that he could not feel the implant anymore under the skin. There are also a handful of photos where the small scar on her chin is visible, further proving that this rumor is in fact true. 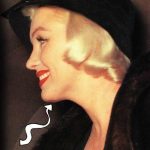 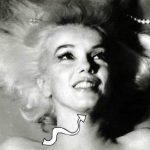 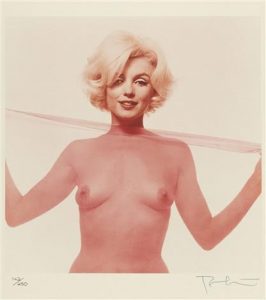 Also in 2013, a salacious rumor was started by Joan Kron, editor of Allure magazine. She wrote that a ”friend” of Marilyn’s,  Rosemary Eckersley, stated that near the time of her death, Marilyn had painful breast infections as a result of silicone injections. One does not have to dig very deep to find these allegations absurd. Firstly, there is no record of Marilyn having a friend by the name of Rosemary Eckersley. Marilyn authors, scholars, and colleagues were left befuddled by the name, as it does not appear anywhere in correlation to Marilyn’s life and had never been mentioned until the 2013 article.
While Marilyn’s breast size did fluctuate, as nearly all women experience, if one looks at the topless photos taken by Bert Stern in June 1962, her breasts are actually significantly smaller than in the zaftig figure Marilyn had throughout the 1950s. Following her gall bladder surgery in 1961, Marilyn’s weight dropped down to 115 pounds, and naturally her breasts reflected this weight loss. If she had the alleged breast infection, she certainly would not have felt comfortable posing topless as her breasts would have been red and sore. Her autopsy also indicates there was nothing unusual about her breasts, an infection and injected silicone would certainly have been noted. This rumor is utterly false. 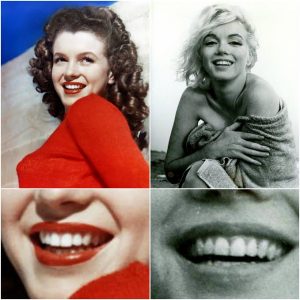 It is said that in 1948, Marilyn’s then boyfriend Fred Karger took her to see orthodontist Dr. Walter Taylor, and paid for a retainer to correct an overbite and teeth bleaching. Details are vague and documentation is difficult to locate so this story is hard to confirm or deny. It is interesting, however, that Marilyn’s file for the Blue Book Modeling Agency in 1946 makes significant notation that her teeth are ‘perfect’. Her long time dentist, Dr. LeRoy Nisson, recalled in 2015 that Marilyn had  ‘the most beautiful set of teeth” and “the best teeth I’ve ever seen” 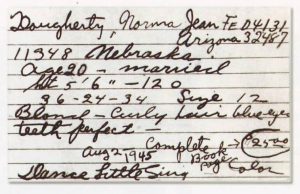 A more macabre and salacious rumor was started in 2015 by mortician Allan Abbott. The ghoulish Abbot made outrageous claims about the condition of Marilyn’s body, including that she had false teeth. He went so far as to claim this was noted in her autopsy report. Abbot has a long history of telling exaggerations and outright falsehoods in regards to Marilyn and other celebrities, and this is no exception. There is zero evidence that Marilyn had dentures, and her autopsy report makes no mention of her teeth which by all other accounts were her own.

Based on known documentation, the only plastic surgery claim about Marilyn that can be confirmed for certain is that she had a small chin implant. It’s very telling that this is the only rumor that has substantiation, both through doctor’s records and photographs, while the other speculations have little to support them other than hearsay. The truth of it is that Marilyn had extremely minimal work done- so minimal that it’s undetectable in before and after photos, so minimal that when her chin implant was reabsorbed it didn’t alter her stunning face in any perceptible way.  However, even if every single claim of plastic surgery were true, it does not diminish Marilyn’s remarkable beauty. Often comments about her having had cosmetic surgery are made in an effort to demean and belittle her, as if the person stating it refuses to accept that she could have possibly been that beautiful all on her own. These statements reveal far more about the insecurities of the person making them than they do about Marilyn. One does not need to use allegations of plastic surgery as an insult or a put down, and women shouldn’t be demeaned for their nips and tucks or however else they choose to present themselves to the world. Marilyn faced a litany of scrutiny under a microscopic lens during her lifetime and our society has progressed to criticize women’s appearances even more harshly. Let us appreciate her for how she chose to look without picking apart what was natural and what may have been enhanced, and let us stop trying to assuage our own insecurities by feasting on the flaws, real or imagined, of other women.