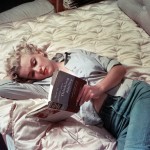 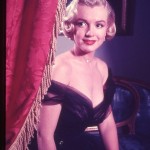 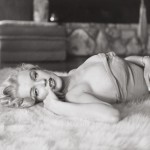 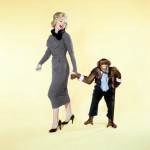 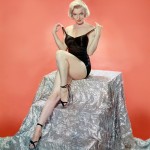 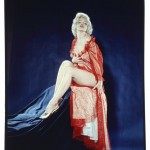 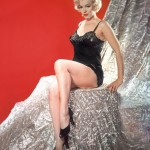 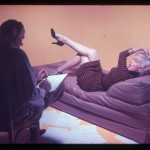 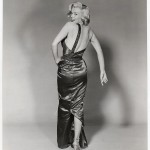 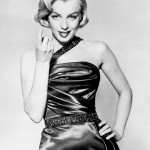 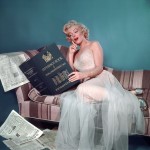 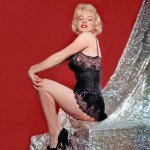 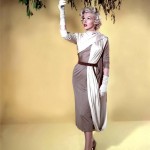 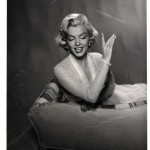 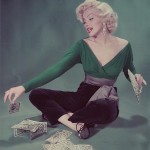 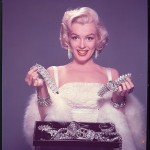 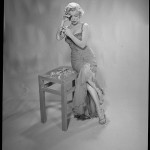 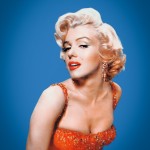 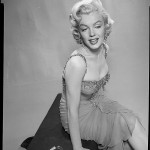 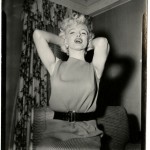 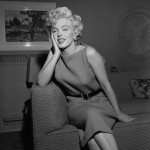 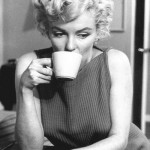 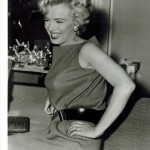 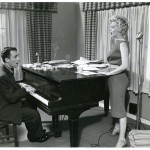 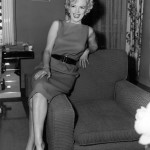 John Florea (known as ‘Johnny’) was born in Alliance, Ohio in 1916, of Romanian origin. He grew up in Los Angeles.

By 1941, Florea was working in Hollywood as a staff photographer for ‘Life’ magazine. He was in a darkroom, developing pictures of actress Jane Russell, when he heard the news that Japan had bombed Pearl Harbour.

Florea headed for San Diego’s military camps, creating a photo essay, ‘A Day in the Life of the Marine Corps Raiders.’ The results were impressive, and Florea became one of America’s first war correspondents.

He covered marine battles in the Pacific; the liberation of the Belsen death camp in Germany; and was on the frontline for both V-E Day and V-J Day. “I busted a lot of lenses,” he recalled in 1995. “It’s hard to run with cameras, and you have to hit the deck when the bombs whistle by.”

After World War II, Florea returned to Hollywood. He continued working for ‘Life’, as well as the San Francisco Examiner, and was appointed photo editor at Collier’s magazine.

Marilyn Monroe was first photographed by Florea in early 1951. At 24, she had played supporting roles in two acclaimed movies, ‘The Asphalt Jungle’ and ‘All About Eve’. And she had recently signed a seven-year contract with Twentieth Century-Fox.

On March 29, 1951, Marilyn presented the Academy Award for Best Sound Recording to Thomas Moulton for ‘All About Eve’. Florea photographed her that day in an elegant black gown, and the pictures were used to illustrate a feature, ‘1951’s Model Blonde’, published in ‘Collier’s’ that September.

On June 19, Florea accompanied Marilyn on a trip to the USS Benham at Long Beach, where he photographed her with sailors. She wore the black netted dress seen in ‘As Young as You Feel.’

Monroe was already a gifted model, but she had yet to find the great portrait photographers who would transform her from starlet to goddess. Most of her publicity shots from this period fit the ‘cheesecake’ mould, and Florea was happy to play along.

Marilyn posed on a rock in a tight-fitting bathing suit, with one strap pulled down. Other sessions showed Florea’s sense of mischief. For one shoot, Marilyn sat at a dressing table, clad in a negligee, pouting sulkily as the telephone rang.

Another series depicts Marilyn by a roaring log fire, clad in thermal underwear. It was snapped up by men’s magazines that winter, seemingly proving that she could look sexy in anything.

This period also yielded two of the loveliest portraits of Marilyn, lying on a rug. In one shot, she faces the camera with heavy-lidded eyes, and a finger dangling from her mouth. In another shot, she rests her hand on her head and looks up in angst. In these pictures, we are shown not a calendar cutie, but an alluring siren, and they were sold to magazines such as ‘Esquire’.

In 1952, Marilyn vamped it up again for Florea. In one session she wore a black camisole. These glamour shots have since been reproduced countless times, in pop art and posters. These images are familiar to us all, but only die-hard fans can identify the originals as Florea’s work.

A candid shoot, at Monroe’s suite in the Beverly Carlton Hotel, which rendered captivating results. Dressed casually in jeans and shirt tied at the waist, Marilyn lay on her bed reading Walt Whitman’s ‘Leaves of Grass’. Though she was often mocked for her literary leanings, Marilyn’s combination of sensuality and intellect was entirely genuine. By showing a different side to the actress, Florea also revealed his own versatility.

Throughout 1953-54, Florea photographed Marilyn on the set of her movies. During filming of ‘Gentlemen Prefer Blondes’, she posed in character as gold digging Lorelei Lee, sitting cross-legged and counting a pile of money. Another shoot showed her reclining on a psychoanalyst’s couch, while a further series shows the erstwhile diva in a satin robe, tucking into a box of chocolates.

In a glamorous gown from ‘How to Marry a Millionaire’, Monroe joyfully held up a diamond necklace. In another shot she was shown in a passionate embrace. The photos verged on self-parody, but there was an unmistakeable glint in her eye.

These comic scenarios were devised to promote Technicolour, in an age where television was fast putting movies in the shade. Outtakes from various shoots showed Florea choreographing Marilyn’s poses. She seemed at ease, often laughing, and hugging him.

When Marilyn flew to Canada to make ‘River of No Return’, Florea was permitted to take a rare series of snaps with her fiancé, Joe DiMaggio. Florea also got the scoop on Marilyn’s fall while filming an action scene on the rapids.

“That Collier’s Johnny Florea was at Jasper when it happened and got the whole story,2 another photographer, John Vachon, wrote in a letter to his wife. “We learned also that Florea is doing a big story on all three locations…”

In his last major shoot with Monroe, Florea photographed her in rehearsal for ‘There’s No Business Like Show Business’ in a recording studio, performing the music of Irving Berlin.

She is wearing an orange shift dress and looks every inch the superstar. But the grainy, intimate shots are the antithesis of Hollywood fakery. Monroe, the accomplished artist, was finally ready to go public.

Within a few months, Marilyn had moved to New York. In future, she would favour photographers from the worlds of fashion and reportage.

Johnny Florea also changed direction, entering the new sphere of television as a director. His wide artistic range – from realism to kitsch – served him well, as did his experience with actors.  From 1958 onwards, he directed episodes of ‘The Virginian’, ‘Bonanza’, ‘Honey West’,’ Ironside’, ‘The Dukes of Hazard’, ‘ CHiPs’, ‘V’, and several TV movies. He won an Emmy in 1974 for an ABC Afterschool Special, and his last credit was for ‘Hot Child in the City’ (1987.)

Florea’s Hollywood photography was featured in ‘Masters of Starlight’, a 1988 exhibition at the Los Angeles Museum of Art. He died on August 25, 2000, at the Summerline Hospital in Las Vegas.[/vc_column_text][/vc_column][/vc_row][vc_row][vc_column width=”1/1″][vc_column_text]