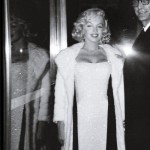 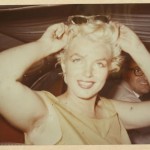 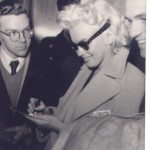 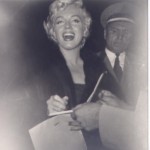 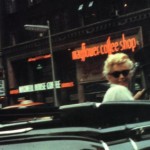 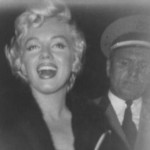 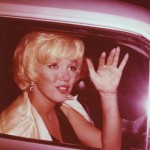 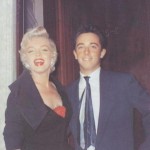 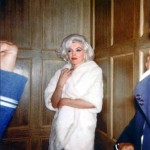 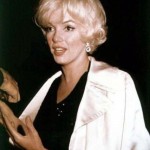 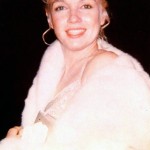 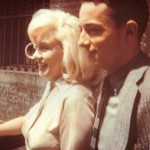 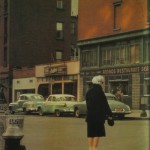 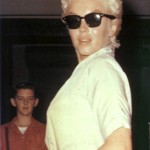 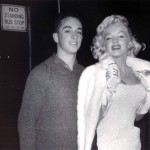 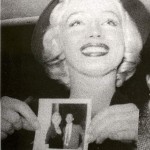 [/vc_column_text][/vc_column][/vc_row][vc_row][vc_column width=”1/1″ animation=”none” column_padding=”no-extra-padding” column_padding_position=”all” background_color_opacity=”1″][vc_column_text]George Barris grew up in New York City before World War II. His interest in photography was lifelong, and as a young man he worked for the US Army’s Office of Public Relations where he photographed General Eisenhower. Many of his photographs of General Eisenhower were published. After the war, he became a freelance photographer and readily found work in Hollywood. He photographed many stars of the 1950’s & 60’s, including Elizabeth Taylor on the set of Cleopatra.

He is perhaps best known for his work with Marilyn Monroe, with whom he was collaborating on a book at the time of her death.As part of this project, he took some of the last photographs of Monroe while she was alive. He did not allow these to be published until many years after her death.

He first encountered Marilyn as being one of the many photographers present during location shooting of the infamous Seven Year Itch skirt scene in 1955. Like the many other photographers, he captured Marilyn with her skirt blowing above the famous subway grate. The pair got along famously and at this time agreed to someday produce a picture book and autobiography together.

Then several years later, in 1962 – Marilyn’s last year with us, he photographed her between June 9th and July 18th (during the time in which Marilyn was suspended by Fox), on Santa Monica Beach in California. The location for the photo’s was Santa Monica Beach itself, and in a house in North Hollywood, home of Barris’s friend Tim Leimert, where she was unencumbered by makeup or artifice. During these sessions she told him that promised true story about her life. During this period the time had come for them  to work together on their long awaited book project. Their work together in 1962 was originally destined to be a photo feature for Cosmopolitan magazine. There is also said to be a home movie of Barris and Marilyn on the beach, with Marilyn cavorting in a green towel (the one from her photos).

Of getting prepared for their book project and photo sessions, Barris writes of his shopping for Marilyn’s clothes, at her request (she was busy waiting for furniture to arrive that she had bought in Mexico):
“On my shopping spree for Marilyn, I went to two of her favorite stores, Jax on Wilshire Boulevard in Beverly Hills, and Saks Fifth Avenue. At Jax I bought her some beautiful slacks and decorative Emilio Pucci sport shirts. Then off to Saks for a bulky sweater, terry-cloth three quarter hooded beach jacket, a blanket, a large towel for those peek-a-boo beach shots, and a sexy bikini. I did not buy Marilyn any undergarments – she never wore them.”

When Marilyn & Barris got to Tim’s house, Barris introduced him and his maid, Louise, to Marilyn. Louise became so nervous when Marilyn shook her hand that she fluttered and stuttered, saying, “Is that really you? No one will believe me when I say I met and shook hands with Marilyn Monroe. I can hardly believe it myself. Is that really you?” Marilyn, laughing, replied, “Sometimes I can hardly believe it, too.”

While working together these 6 weeks in 1962 Marilyn said to photographer and journalist George Barris, “Don’t believe anything you read about me except this story.”

George Barris talked to Marilyn the final time on the afternoon of Friday, August 3rd. During the days and nights that Barris saw her, she was exuberant, carefree, and eager to get on with her life. She was found dead on Saturday, August 4, less than twenty-four hours after Marilyn phoned him. It is Barris’s belief that she did not die by her own hand, intentionally or accidentally, but was, in fact, murdered.George Barris was shocked by hearing the news of her death, thinking of when he asked her ‘what she wanted most out of life’, to which she answered ‘I’m just getting started’.

Prior to their photo sessions together in 1962, George Barris was also present for Marilyn’s 36th Birthday celebration on the set of ‘Something’s Got to Give’. Flying out to surprise her, and of course to get things going on their book project.

Some of these 1962 photo’s Barris took appeared in Norman Mailer’s 1973 biography ‘Marilyn’, with many more featured in his 1986 collaboration with Gloria Steinem. In 1995 he published ‘Marilyn: Her Life in Her Own Words’, the text of which consists of notes he scribbled down after their photo sessions.

He published this book in hopes that he would “set the record straight.” In the book dedication to Marilyn he wrote: “To Marilyn-Norma Jeane, who became a legend in her lifetime.For all the joy and happiness you brought to a troubled world. We love you, we miss you. Thanks for your friendship.”