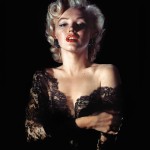 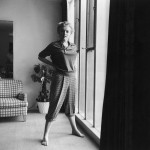 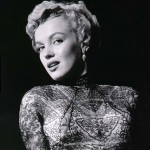 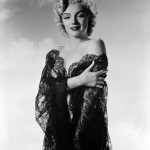 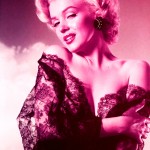 Ernest Bachrach was born in New York City in 1899. He grew up with a passion for Photography from a young age. While still in high school he studied with Professional Photographers. In 1920, Long Island, NY, he entered the film industry as a “still” man with the Famous Players-Lasky studio. It was young Bachrach who introduced the notion of taking scene “stills” while the players were in action, thus saving thousands in production costs. The system was quickly adopted for use throughout the industry.

Five years later, in 1925, William DeMille brought Ernest to the Hollywood to institute his system in the Paramount studios. Assigned to the Gloria Swanson unit, he became her favorite photographer and made most of the portraits of this star which appeared during the height of her fame. When Swanson formed her own company in 1926 and moved back to Hollywood, Bachrach went with her and shot the stills and the portraits for those films, among them Sadie Thompson and Queen Kelly (both 1928) and The Trespasser (1929).

Ernest Bachrach shortly became one of the most influential and admired of all the Hollywood portrait photographers. He headed the photographic department at RKO from its inception in 1929 until his retirement in the late 1950’s. While there he controlled every aspect of the department, from publicity and advertising to hiring and training upcoming still and portrait photographers like Alex Kahle, Gaston Longet, and Robert Coburn as his assistants. He also shot and custom printed most of the portraits of the stars employed by RKO during these decades, among them Dolores Del Rio, Fred Astaire, and Katharine Hepburn. Bachrach was also a frequent contributor to American Cinematographer and International Photographer.

For Gloria Swanson, who had been photographed by everybody, “there was no other photographer in the world,” recalled Bob Coburn. Bachrach explains that, as a rule, it is advantageous to know his sitters relatively well. Like a director, he plays upon their emotions and induces the mood and expressions he desires.

Perhaps the most difficult subject of great photography is the person who is recognized and admired for his or her perfect beauty. There exist many photographs of classically beautiful women – such as Hedy Lamarr and Dolores Del Rio – whose flawless skin and perfectly balanced features left not only their generation but also their photographers speechless. The way to photograph them was to keep the face expressionless; animating the face distorted the perfection. Dolores Del Rio quickly became reduced to the clothes she wore and the sets she decorated, like any other extraordinary but inanimate object. Her career in America was restricted because of her kind of beauty. How rare, then, to find portraits like the ones Bachrach took of her in the years she worked at RKO. These photographs convey a near-mystical quality and reveal a glimpse into a quiet but decisive Latin temperament.

In Bachrach’s words,“Portraiture is very closely akin to cinematography. The cinematographer has very little need for accessories in the making of close-ups; all he needs is a face and some lights and shadows. And that is all the portrait artist needs. Occasionally – but only occasionally – minor props are useful.”

The eccentric and vital Katharine Hepburn was a subject close to Bachrach’s heart. “Her dancer’s body made her a wonderful model; her intelligence, enthusiasm, and flair made her face a source of inspiration for his camera. Hepburn, as serenely lovely as Del Rio and as enigmatic as Garbo, was still an American original.”