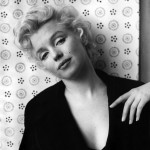 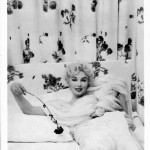 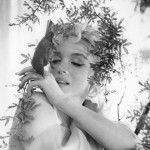 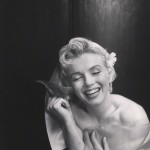 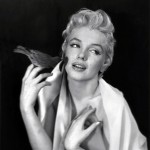 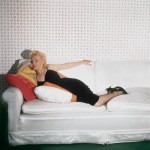 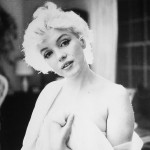 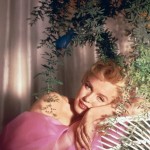 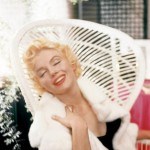 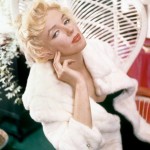 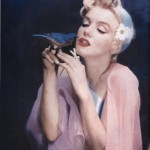 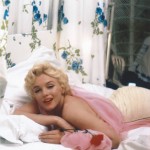 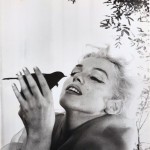 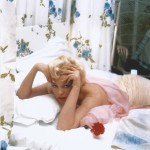 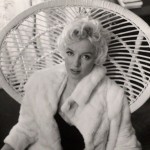 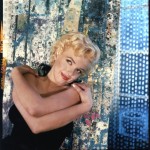 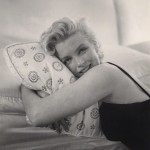 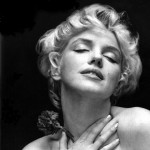 Born into a middle class family in 1904 in Hampstead, England, Cecil first learned about photography from his nanny. She taught him the basics of camerawork, as well as all he needed to know about developing his film. He owned his first camera at age 11, and started out mainly photographing his sisters Nancy and Baba. A lifelong passion was born. At around 20, he installed a photography studio in his home in Sussex Gardens, London. He created his own backgrounds and used all sorts of luxurious decor and props for his subjects. He thoroughly enjoyed the photographic results of the freedom found in having his own studio and creating his own environment. He wrote: “Till now my pictures have been ordinary attempts to make people look as beautiful as possible, but these are fantastic and amusing.”

Beaton’s first published work was in VOGUE magazine, and in the 1930‘s and 1940‘s, Beaton was a staff photographer for both VOGUE and VANITY FAIR, two of the most popular and respected fashion magazines in the world. He also spent this time in Hollywood, photographing some of the biggest stars of the day, such as John Wayne, Buster Keaton, Gary Cooper, Carole Lombard, Greta Garbo, and Mae West. The elegant style displayed in the resulting photographs sealed his reputation as one of the most respected photographers of his time.

On February 22, 1956, Cecil Beaton took on a unique assignment in Marilyn Monroe. Until approximately one year before, Marilyn was primarily photographed in the skimpy and revealing, the Queen of the Pin-Up. But, at the close of 1954, during her divorce from baseball legend Joe DiMaggio, Marilyn took action on her longing to be respected, not only as an actress, but as a person. She was suspended from her film studio, 20th-Century Fox, for refusing roles in THE GIRL IN THE RED VELVET SWING and the proposed musical version of the same story called THE GIRL IN PINK TIGHTS. She felt the roles were a repeat of many of her previous parts – A body with a voice, and little else. Marilyn took off for the refuge of New York City. She partnered with Milton Greene, a photographer who she both personally and professionally liked and respected. Together, they formed Marilyn Monroe Productions. In a live television interview with Edward R. Murrow conducted on April 8, 1955, she said that the purpose of the production company was “primarily to contribute to help making good pictures. … It’s not that I object to doing musicals or comedy. In fact I rather enjoy it. but I would like to do also dramatic parts, too.” She sought help from the widely-renowned Lee Strasberg, the head of the illustrious Actor’s Studio, enrolling in his classes and taking private lessons from him. In addition, she hired Lee’s wife Paula as her private on-set drama coach, a job she retained until Marilyn’s passing. Marilyn felt that with their help, she could finally reach her goal of becoming a truly good actress, someone who was looked upon with respect, rather than made a joke, as she so often was. Blonde hair, bosom, and a butt. She knew she was more than that, so she surrounded herself with people who believed in her, wanting the world to see her as they did. Thus, in 1956, when she entered the suite of the Ambassador Hotel in New York City, to meet with Cecil Beaton, it was without the girlish pin-up attitude the public was used to seeing in her photos. She was sexy, yes, but sophisticated, too. Playful, yes, but with a new sheen and class. Child-like, yes, but combined with a mature style. A year or two previous, people may have laughed at the notion of a photographer of Beaton’s stature being matched with Marilyn Monroe. But on the day they spent together, with their beloved camera between them, they created magic.

Marilyn arrived to Beaton’s suite with only a simple black dress and a white puffy evening gown. Ed Pfizenmaier, Beaton’s assistant, said that Marilyn took care of her own make-up “which most people, they can’t believe it nowadays … she came just by herself, with these two little dresses and … it was as simple as that.” Beaton added a few props: an artificial Bluebird, flowers, and scarves. He provided the unique backgrounds, as he’d actually redecorated the suite himself in what he called a “Japanese Nouveau art manner”. Beaton himself described Marilyn’s method as subject of the session: “The initial shyness over, excitement has now gotten the better of her. She romps, she squeals with delight, she leaps onto the sofa. She puts a flower stem in her mouth, puffing on a daisy as though it were a cigarette. It is an artless, impromptu, high-spirited, infectiously gay performance. It may end in tears.” His diary entry read: “She was the greatest fun.” Pfizenmaier said “I found her just a delight to work with, we just had a magnificent time.”

The results were well-liked by Monroe. That June, Beaton wrote an article on Marilyn and their session together, and he gave her a handwritten copy of it. Marilyn used a silver three paneled picture frame, a gift from her most recent director Joshua Logan and his wife Nedda, to display the article. In between the two pages, she placed her favourite black and white photo from their session together, in which she holds a carnation to her breast, and has an expression of such youth and innocence that she could well be six years old. The frame sat on a side table in the living room of the East 57th Street New York apartment she shared with husband Arthur Miller from 1956 to 1960. The frame, still holding the photo and Beaton’s article, a possession of Marilyn which has long been well-known by those in the Marilyn Monroe community, sold at Christie’s The Property of Marilyn Monroe auction in 1999 for $145,500 USD.

By this point, Cecil Beaton had also been working on Broadway for about ten years. Set and costumer design became his specialties and his greatest achievement was the glorious costumes designed for Lerner and Loewe’s MY FAIR LADY in 1956. This led to his working on film versions of Broadway musicals, and he earned the Best Costume Design Oscars for both GIGI (1958) and MY FAIR LADY (1964).

Cecil Beaton was also very well-known as a diarist, and many excerpts from his diaries have been published. However, the discovery of his original diaries in recent years reveals that those excerpts published during his lifetime were carefully edited. Beaton could very often be quite frank and even blatantly insulting in his observations of others. For example, he described Sir Laurence Olivier as “an inferior being” and Elizabeth Taylor as “a thick revolting mass of femininity”. This suggests that possibly his praise of Marilyn Monroe is all the more unusual and complimentary. Yet, despite his scathing observations in others, Beaton was not immune to admiration in others which grew into love. The great love of his life was art collector Peter Watson, although they were never lovers. His personal preference was men, however Beaton also had relationships with women, including a lengthy and complex involvement with actress Greta Garbo.

In 1972, Cecil Beaton was knighted for his contributions to the arts. Two years later, he suffered a stroke which left him paralyzed on his right side. He adapted by learning to write and draw with his left hand. He had his cameras altered to accommodate his new handicap. Despite his attempts, he still felt great frustration over the lack of freedom he had in his work, and it no longer gave him the pleasure it once did. He also became concerned that because of these limitations, he may have lost his financial security. Through Sotheby’s auction house, he acquired a great deal of his photographic archive. The works were preserved and many were auctioned off between 1977 and 1980, providing Beaton with the income he lost through work being so rare.

In the late 1970‘s, Beaton’s health declined dramatically. On January 18, 1980, just four days after his 76th birthday, Sir Cecil Beaton passed away in his sleep.

His photographic work has been presented in several major exhibitions both during his lifetime and since his death. As recently as 2008, his continued popularity and influence revealed itself in the Beaudesert of London release of several fabrics and wallpapers based upon original Cecil Beaton fashion sketches. One of the designs won a prize for “Best New Fabric Print” from LIVING ETC/FOCUS 2008.

Cecil Beaton once stated that “Perhaps the world’s second worst crime is boredom. The first is being a bore.” Through his unapologetic personality, his attraction to great style, and certainly in the art that remains behind as his legacy, Beaton ensured that he himself can never be considered guilty of the latter. He undoubtedly worked to keep himself from being guilty of the former as well, by living his life surrounded by glamour,beauty, and fascinating people.[/vc_column_text][/vc_column][/vc_row][vc_row][vc_column width=”1/1″]

“Be daring, be different, be impractical, be anything that will assert integrity of purpose and imaginative vision against the play-it-safers, the creatures of the commonplace, the slaves of the ordinary.“ – Cecil Beaton

“Miss Marilyn Monroe calls to mind the bouquet of a fireworks display, eliciting from her awed spectators an open-mouthed chorus of ohs and ahs …” – Cecil Beaton, June 1956