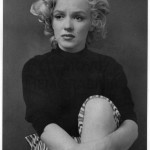 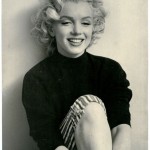 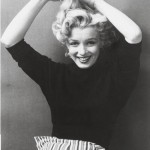 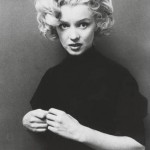 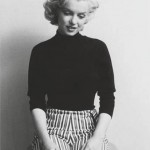 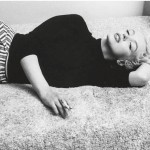 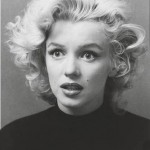 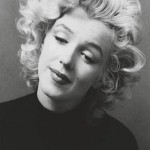 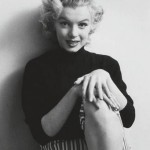 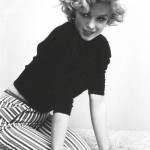 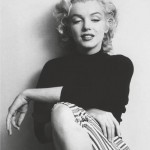 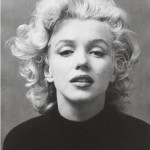 When we think of Marilyn photographers, the name Ben Ross is one that does not often come up, at least not immediately. However, when looking at his photographs they are, in my opinion, some of the most beautiful ever taken of Marilyn Monroe. Ross was to photograph Marilyn three times over her lifetime with the most famous of his photographs being the ‘Emotions’ session.

Ben Ross was born in 1916 in New York, his birth name was Benjamin Rosenblatt. He had a natural gift for photography and so it was no surprise when he took up a post with Parade magazine where his brother Sid also worked as a journalist.

He had a style of photography which was unusual for the time, he did not liked staged shots and preferred to capture his subjects in candid poses. He himself remarked that this was not the accepted way of photographing the famous ‘I never did that. I basically photographed during interviews, or, you know, just as they were’.

In 1951 during a visit to Hollywood he was asked if he would photograph a starlet named Marilyn Monroe. From his description of their first meeting it seems that Marilyn’s problems with lateness did not start when she was an established star, she appears to have had difficulties in readying herself for the camera and was troubled by her appearance right from the start of her career. Far from being neurotic or a diva as she has been painted by some, as a woman I can understand completely if she felt that she was just not ‘quite right’ even though it seems nonsensical to the onlooker. When we look at Marilyn we can’t fail to wonder how she could not have known just how beautiful she was. Ross also describes her as being down to earth and free from the usual Hollywood trappings.

‘I got Marilyn Monroe walking down the street the first time I photographed her. She kept me waiting for an hour and a half. I didn’t know who she was, she was just a bit player who did a thing in The Asphalt Jungle, and was a mistress of a guy – a little part, and got a lot of mail. I photographed a lot of starlets in those days. Most of them didn’t work out. They said “photograph her”. I was with my brother then. We were saying, “who the hell is she?” We were going to leave, but somehow we stayed. That was a nice day. We were waiting outside her house and finally a woman comes out. She said she doesn’t think she’s beautiful enough, she keeps putting on her make up and taking it off. Finally, she came out in a sweater and she looked great. She walked down the street and I photographed her. I did some others. I did her in a book store. The only charge account she had was two charge accounts to bookstores. She wanted really desperately to be admired intellectually. I asked her to pick a book to read, so she picks out an Arthur Miller book – six years before they were married. It wasn’t a coincidence. She had met him at a studio, one of those studio things, she admired him. So, you know, I got a few pictures. She was very charming, once she got there – a person with heart, not the usual Hollywood person. She was probably the only Hollywood star that you could relate to. When she came to New York, she called Sid, my brother – I was away on a job  –  and they went out to Coney Island.”

The second time that Marilyn and Ross would meet as photographer and subject was in September 1952 when he and his brother were assigned by Parade Magazine to cover Marilyn’s trip to Atlantic City. Once again, Marilyn’s characteristic lateness reared its head.

‘She was opening this world premiere in Atlantic City, of all places. It sounded like a good opportunity, a nice easy trip. She was supposed to come to the station, Penn Station, and go down on the train with my brother and me, but she missed the damned train. We couldn’t believe that she would miss the train. So, we said she must have gone in by car. Anyhow, we go on the train, we ran through the train and she wasn’t there, we go to Newark, we called the editor. He said, “where are you? She missed the train” as if we didn’t know. So, we hop in the next train back, we run to the station master’s office – she left five minutes ago to go to LaGuardia. They’re going to charter a plane and fly her down. So, we grabbed a cab to go to LaGuardia. Well, by phone they had chartered a whole Eastern airliner to get her down there. We get to the airport, and the plane is just taxiing out and we couldn’t get on it. So, we call the editor, he says, “well why don’t you follow her down? Hire a plane – but a little one, now.” So we hired a four engine. By that time it was too late. They got her to the train station, and she marched through town. It would have made great pictures, but I didn’t get that….’

It is unfortunate that Ross did not make it to Atlantic City in time to photograph Marilyn’s arrival. However, he was able to take some wonderful photographs of her at a press reception. The outfit that Marilyn chose for this occasion was the pink dress that she was to make internationally famous in ‘Niagara’. A selection of these photographs appeared in Parade magazine that October, the issue would also feature an exclusive interview given to Sid by Marilyn.

The third and final time that Ross would photograph Marilyn came in November 1953. It is reported that Marilyn arrived at Ross’s hotel room late at night and without warning. The exact details are sketchy and there is no record of Ross recalling it. The session that followed would be his most famous, a series of shots showing Marilyn displaying various emotions for the camera (mirroring a shoot she had done with Halsman for Life Magazine in 1949). The resulting photographs are astonishing and Marilyn’s beauty is truly stunning, even though she is attired simply in a black sweater and striped pedal pushers. Hardly the uniform of a glamorous Hollywood goddess, but this was Marilyn, she always preferred the understated, her beauty was enough, she did not need gimmicks.

Some of these photographs would be used for an article entitled ‘5 Emotions by Marilyn Monroe, A Girl Who Wants to be a Good Actress’ which appeared in the December 1953 issue of Parade.

Unfortunately Ross and Marilyn would never share another photographic sitting.

In 2001 Ross began to reproduce some of his Marilyn portraits and in 2008 a set of thirteen of these sold at Christies for $35,000. http://www.christies.com/LotFinder/lot_details.aspx?intObjectID=5165087