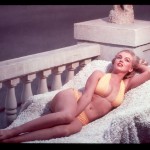 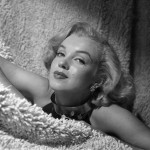 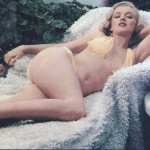 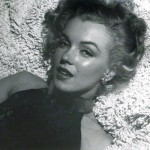 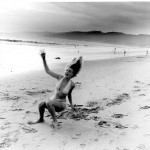 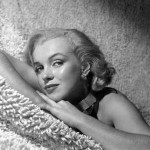 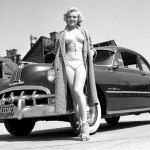 Anthony Beauchamp Entwistle was born in England towards the end of World War I, in 1917 or 1918.  His father was Ernest George Entwistle, who  established an art school at St Pancras, London, with the illustrator, J.H, Valda, from 1895-1912.

Anthony’s mother, Florence Vivienne Mellish – better known as ‘Vivienne of London’ – married Entwistle in 1913, and they had one other son, Clive, who became an architect, and also designed a rocket used as a secret weapon during World War II.

“Tony was always very brilliant as a little boy,” Vivienne told ‘Australian Women’s Weekly’ in 1971. “He left grammar school when he was just under 15 with an ‘excellent’ in every subject.”

Vivienne, an accomplished miniaturist, joined Anthony as a photographer’s assistant in 1934. She became one of the eminent society portraitists of
her era, counting Winston Churchill and Vivien Leigh among her many distinguished subjects.

Of her son’s big break, Vivienne recalled: “He had a bit of luck, because he met Vivien Leigh just when she had first made her name – she was so lovely then, you’ve no idea – and his picture of her became famous all over the world.”

Vivienne helped to retouch Antony’s early photos, but then she found success in her own right. This made them rivals for a time. “My son was very angry,” she admitted. “Well, you can’t blame him…He was still very young, and you know what it’s like sometimes with young men and older women. This was a very sad part of my life and of his.”

After opening his studio in 1939, Antony adopted the professional name of Beauchamp. “He changed his name by deed poll,” Vivienne confirmed. “I suppose he thought it would shock me, but I never alluded to it, not once…Then one morning at three o’clock the phone went and a voice said ‘Mother, it’s Tony. I’m so unhappy, Mother dear, I can’t tell you the trouble I ran into.’ So I said, ‘Come back,’ and he came back and we never, ever discussed it from that day on.”

After the war ended, Tony returned to London. “One day the phone rang and my assistant said, ‘Mrs. Entwistle, it’s Tony!’” Vivienne recalled. “I said, ‘Where are you?’ and he said, ‘At Paddington Station!’ After four years, just like that! So he moved in and, of course, being Tony, he took over. Well,
he went on, he was very handsome, of course, all the glamour girls fell for him.”

In 1949, Antony married Sarah Churchill, the actress daughter of Sir Winston Churchill, Britain’s Prime Minister from 1940-45 and again from 1951-55. Antony had first photographed her years before. ‘He couldn’t bear her at first,’ Vivienne remembered. ‘Then she came back and one day he said to me, “I’ve got very friendly with Sarah Churchill, Mother dear, I saw her in a very different light at the Dorchester (Hotel) the other night.” It’s my belief she’d been in love with him all along!’

They moved to Los Angeles, and Sarah starred alongside Fred Astaire in the 1951 musical, ‘Royal Wedding’. Tony briefly considered taking up acting himself.

Shortly before leaving England, Beauchamp had photographed a young actress named Audrey Hepburn. His portrait is included in ‘Audrey 100’, a book of portraits personally selected by the star’s family.

Once in Hollywood, Anthony soon became one of the most sought-after portraitists of the post-war age.The young Elizabeth Taylor posed for him, and in 1951 Anthony captured that most enigmatic of stars, Greta Garbo, in a rare colour series. His fame soon spread, and he photographed First Lady Margaret Truman in the same year.

Anthony first met Marilyn Monroe in 1950, through her agent (and lover), Johnny Hyde. He first photographed Marilyn at an acting workshop at the home of Charles Laughton, and invited her to a party at the Santa Monica beach-house of Ben Lyon (the talent scout who ‘discovered’ Marilyn in 1946, and who had invited the Beauchamps to stay in his home after moving to England.) That night, British actor George Sanders proposed marriage to the ‘deliciously pneumatic’ Monroe, but she politely turned him down.

Sanders was already married to another blonde actress, Zsa Zsa Gabor, who (needlessly) scolded Tony for inviting ‘that kind of girl to a party’.  Months later, when Marilyn played Sanders’ love interest in All About Eve, Gabor warned him to stay away from her alleged rival.

That December, Hyde died suddenly. Monroe was heartbroken, according to Elia Kazan, who visited her on the set of ‘As Young As You Feel’ in  early 1951. Nonetheless, she was determined to be a star. In between movie roles, Marilyn posed for magazine shoots. She had begun her career as a model and was fast becoming the nation’s pin-up as a new war raged in Korea.

Over two weeks in the spring of 1951, Anthony photographed the 24 year-old Marilyn, and extended his hospitality to her. Their collaboration made a striking contrast with Beauchamp’s more sophisticated portrait work. Marilyn wore the yellow bikini she had used for cheesecake snaps dating back six years, and another two-piece made from terrycloth.

In a series of black-and-white shots, a sleek, honey-blonde Monroe ran along Santa Monica beach, a favourite haunt since childhood. Eager to please, she crawled in the sand, performed handstands and turned cartwheels; and in one sequence, aimed a bow and arrow. The raw energy and sensuality she exuded were a far cry from the ‘girl-next-door’ image favoured by other Hollywood blondes.

In a series of colour photos, Marilyn rests languidly across a lounger, on a balcony. Anthony also photographed Marilyn in an elegant, high-necked dress, lying on a beach towel.

In retrospect, the unusual quality of these photos is light years ahead of its time, with one blogger describing the archery sequence as a pivotal moment when ‘The Hunted Became the Huntress’. Monroe, so often dismissed as a ‘dumb blonde’, looks anything but a passive beauty, though she retains her playful, kittenish charm.

The beach session made the cover of ‘Focus’ magazine in March 1953, for a cover story with the teasing headline, ‘The End of Marilyn Monroe’, referring to the avalanche of publicity that Marilyn was now receiving. Beauchamp’s colour shots of bikini-clad Marilyn were still gracing covers of magazines like ‘Eye’, ‘Cheesecake’, and ‘The Male Point of View’ as late as 1956.

Death of an Englishman

By the mid-1950s, Anthony had returned to England. He produced and directed episodes of television’s police drama serial, ‘Fabian of the Yard’, from 1954-56. “He had (a movie) all ready to go,” Vivienne said later. “He’d got all the stars and everything, and then an American backer – I’d better not mention his name – let him down at the last moment.”

During the late 1940s, Tony had been a member of the Thursday Club, alongside Nahum Baron (who photographed Marilyn in 1954), the writer Sigmund Miller, and Dr Stephen Ward, an osteopath and artist implicated in the Profumo Affair of 1963.

Beauchamp, along with Ward, also frequented the Little Club in Knightsbridge, where Ruth Ellis was appointed manageress in 1953. Two years later, 28 year-old Ellis became the last woman to be hanged in Britain for the murder of her violent lover, David Blakeley.

Ruth Weller, author of ‘Searching for the Truth About Ruth Ellis’, believes that Anthony Beauchamp, like Ward, deliberately exploited attractive, troubled young women, including Ellis. But while there is direct evidence linking Ward to Ellis, the true nature of her friendship with Beauchamp seems less clear.

However, Tony’s marriage to Sarah Churchill was shaky. “They were very happy together at first,” Vivienne recalled, “but somehow things went wrong. She branched away on her own; she had her own career as an actress and he, of course, had his.”

Sarah was a heavy drinker, and this damaged her career. She was arrested several times for causing a public disturbance, and even spent a short spell in Holloway Prison. She and Tony decided to live apart, though they had no plans to divorce.

In 1956, Marilyn Monroe – now one of the world’s most glamorous stars – came to England to film ‘The Prince and the Showgirl’ with Sir Laurence Olivier. It’s not known if she contacted Tony during her stay, though he knew the Oliviers quite well. When not filming or giving interviews, Marilyn spent her much of her time with her new husband, Arthur Miller.

By the summer of 1957, Monroe was expecting a baby and relaxing in a holiday chalet with Arthur in Amagansett, East Hampton. Sadly, the pregnancy was ectopic and had to be terminated, bringing a tranquil, settled period in Marilyn’s life to an abrupt end. Over in London, Anthony was putting the finishing touches to his autobiography, ‘Focus on Fame’.

“He wrote me fabulous letters,” Vivienne said later. “Pages and pages pouring out his admiration and love for me. And the last letter he wrote before he went away for good was to me.”

Early in the morning of Sunday, August 18, Anthony was found dead at his flat in Hyde Park Gardens after taking an overdose of barbiturates. A policeman told the ‘Glasgow Herald’ that he was lying on a bed, fully dressed, his hand hanging limp by a telephone. An empty box of prescribed pills was found at the scene, though no drinking glass was located.

Vivienne, who saw her son for the last time days before, said “he was wonderful” but had “complained of being rather over-worked”. Lady Jane Vane-Tempest-Stewart (a maid of honour at Queen Elizabeth’s coronation) had spoken to Anthony by phone as he lay dying. “I pleaded with Anthony,” she told police (as quoted in The Times.) “I tried to persuade him not to be foolish. I was frantic. While I talked suddenly the line went dead.”

In 1960, a British starlet, Sabrina (born Norma Ann Sykes), told the ‘Australasian Post’ that Beauchamp had visited her the night before his suicide.

“Anthony was always a very mixed-up boy,” she said. “The one thing that he dreaded above all else was to be left alone.” Recounting their fateful last meeting, Sabrina added, “He came round to my flat after I had already been in bed for half an hour. He begged me to get up and make some coffee. Reluctantly, and in a very bad humor I did so. We sat in the sitting room of my flat chatting for about thirty minutes, and I can remember well feeling desperately sorry for him. Finally, however, almost dropping asleep, I had to insist he left.”

‘Focus on Fame’ was published posthumously in 1958. Almost five years after Anthony’s passing, on August 5th 1962, Marilyn Monroe was found dead in very similar circumstances – alone in bed on a Saturday night, clutching a telephone, having ingested a massive overdose of barbiturates.

Marilyn was 36 when she died; Anthony Beauchamp was 39. Had he lived longer, might now be as well-known as other British photographers like Cecil Beaton and Norman Parkinson. His mother, Vivienne, inherited his photographic archive and remained devoted to his memory until her death in 1982.

“Tony just couldn’t take any more and he swallowed all his sleeping pills,” Vivienne concluded. “Sarah was marvelous to me. To this day she calls me her mother-in-law and she won’t be photographed by anybody else.” Her loss was tempered with affection. “I’m not really a believer in spiritualism – I wouldn’t try to get into touch with him – but I don’t believe in life finishing. I think we go on. To me, Tony went straight on,” she insisted. “He couldn’t help it. He took his own life, I know that, but I think that’s a very plucky thing to do. We were always very friendly, very near to each other, which is rare for a mother and son. Although we had that argument, I know it wasn’t his fault. I’m a very proud mother.”[/vc_column_text][/vc_column][/vc_row][vc_row][vc_column width=”1/1″][vc_column_text]