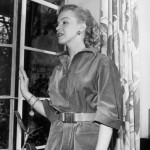 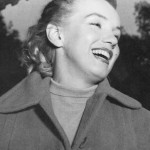 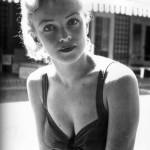 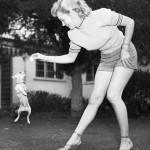 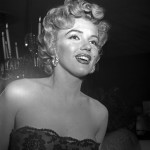 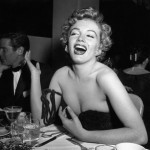 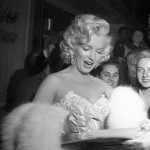 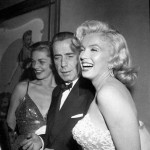 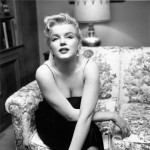 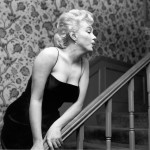 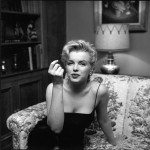 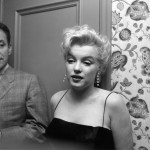 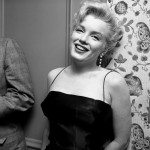 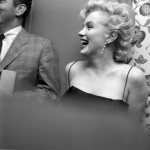 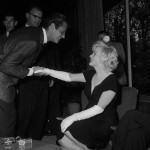 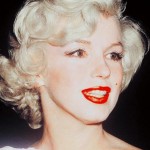 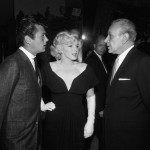 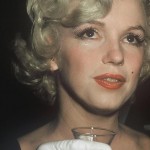 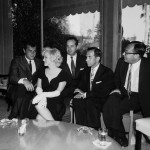 THE LIFE AND WORK OF EARL LEAF

Earl Leaf began his career as a journalist for Time and The Saturday Evening Post. Later he snapped the first known western photographs of rebel leaders Mao Tse-Tung and Chou En-Lai while behind communist lines as the North China Manager of United Press.  Later he traveled extensively through Europe and Latin America as a war correspondent with the precursor of the CIA, which lead to his illustrated book on the dancers of the West Indies, Isles of Rhythm.

Back in the states, Leaf bummed around from place to place, documenting his travels much like Jack London or Thor Heyerdal. He was nicknamed “Loose Leaf” by a group of hobos that he rode the rails with while writing an account of their lives for a Reno newspaper. In the early 50s, Leaf landed in Hollywood, quickly becoming a fixture at press functions. Working as staff photographer for Movie Play, Movie Time and Movie Spotlight magazines, he amassed a huge portfolio of movie stars, rock stars, and candids.

If one subject remains constant and obsessive in the work of Earl Leaf, it is women. Leaf shot nearly every day of his life and when he wasn’t shooting the stars, he was shooting the young ladies who’d come to Hollywood with stars in their eyes. A famous papparzo he was. For years, he shot rolls of scantily clad women in his hidden bamboo-covered shack. Previously, the trend in Hollywood had been posing movie starlets in benign domestic settings; Leaf aimed to capture something more sensual and real. His unorthodox approach clicked big-time, revolutionizing the Hollywood publicity machine.

He’s remembered for his motto, “Down with the boudoir barricades; into the bedrooms with the cameras and the tripods.”

Earl Leaf died  in 1980 at the age of 75, leaving behind a vast estate of vintage photographs and negatives purchased by the Michael Ochs Archives in 1991.

Earl Leaf photographed Marilyn many times throughout her life and his career, beginning in 1950 right up to her last year with us, 1962, at the Golden Globes.

If Earl Leaf was famous for anything it was getting along with the famous. He first met Marilyn at a 1950 C-list, or even Z-list, Hollywood party that was fizzling badly. Marilyn felt comfortable enough with him to say, “Let’s blow this joint and go live it up somewhere.” Earl Leaf declined the offer, this time, but over the years the two would form a nice friendship.

On the cloudy afternoon of May 17, 1950, Earl Leaf showed up in the yard of a Beverly Hills mansion to photograph a no-name starlet, Marilyn Monroe. (The house was of course the home of Johnny Hyde’s, where Marilyn was living at the time). She climbed trees, did hand stands, cartwheels, played with her dog, and dressed in a bathing suit for the photo session. He then photographed her at the 1951 Henrietta Awards, held in 1952, and he was also present photographing her, among others, at the 1953 premiere of “How to Marry a Millionaire”.

Of the “How to Marry a Millionaire” premiere Leaf write – “His wife on his arm or not, Bogart couldn’t help looking down Marilyn’s dress. Neither could the rest of America.” To him it seemed “it was a night that confirmed Marilyn’s achievement of everything she had ever wanted – a night when what she needed still seemed almost in reach.”

It would not be until 1956 that he would see or photograph her again..

An important time in Marilyn’s life, that Earl Leaf was present for, was in 1956 – Marilyn’s return to Hollywood… In March of 1956 Marilyn held a press party for her return to Hollywood, due to the fact she hadn’t had a movie out in nearly a year. The last movie she had been in was Billy Wilder’s ‘The Seven Year Itch’. After this film Marilyn broke away from the studios, then created her own production company; its first film ‘Bus Stop’ would be released 5 months after this publicity session. So this was a session done specifically to keep Marilyn before the public during what would be her longest period between films. This woman meeting the press in her living room (though it is believed to be Milton Greene’s Beverly Glenn Homes living room – since this is where Marilyn was living at the time) will be 30 years old in 2 months, yet in some shots she looks 20, in others she could be pushing 40. Either way she had the press party to welcome her back to Hollywood, and to show a new Marilyn, a more mature Marilyn than who she was before, she was no longer attempting to mask her intelligence as she used to.Earl Leaf was one of the key photographers present at this party.

Earl Leaf was then present in 1958 at the Launch Party for the film “Some Like It Hot”, in which Marilyn had an amazing glow about her. Earl Leaf wrote of his photo’s from this day that every shot of Marilyn contains ‘many Marilyn’s.’ There is a healthy way for that to happen, and a not so healthy way. He says of the photos, “She is more touching than ever, and in many ways more beautiful than ever, but there’s a delicacy about her that is new – as though she has less physical strength and less inner force. Her smile breaks your heart. She seems no longer quite of this world.”

His last time with Marilyn was in 1962 at the Golden Globes. In his words he describes her this day – “These photos are so strange. Taken shortly before her death, they show a haggard woman, her flesh pulled back on her face. The many selves that flickered through her presence only two years before – they seem to have departed. She looks hardly there. She still uses her skills to reflect more light than those around her, but she no longer registers on the camera with anything like her previous face. Only in the most shadowy shots does she look “herself”, as though the shadows had already claimed her.”